How the Omnibus Bill Could Affect Charitable Giving

Shortly before the end of 2022 the Consolidated Appropriations Act of 2023, commonly known as the omnibus bill, was passed by Congress and signed into law by the President. The bill includes numerous provisions pertaining to retirement plans, some of which could affect your charitable gift planning in 2023 and future years. Here are the ones most likely to have an impact on that planning.

Beginning in 2006, individuals who have an IRA and are aged 70½ or older have been able to make direct, tax-free transfers of funds from their IRA to one or more charities and have the amount transferred count towards their required minimum distribution. The maximum amount that could be transferred in any one year was initially set at $100,000, and it had not increased. The omnibus bill has finally adjusted the cap for inflation beginning in 2024. This may enable individuals with large IRA balances who will not need all of the assets in their IRA for living expenses to transfer larger amounts to charities for their missions. The amount transferred, provided it is within the new cap and meets certain other requirements, is known as a qualified charitable distribution (QCD).

Until the enactment of the omnibus bill, only IRA transfers for outright gifts qualified as QCDs, but an outright gift would diminish the assets remaining to generate income and be available for distribution. Consequently, some people could not afford to make a gift from their IRA. However, they might be able to give some of their IRA funds if they could still receive income from them.

The new omnibus bill allows a transfer of IRA funds for a life-income plan that pays income to the IRA owner and/or the owner’s spouse. The transfer can be made in only one tax year, and the contribution limit is $50,000; but like outright gift transfers, it is adjusted for inflation. Provided it meets these requirements, the IRA transfer will be treated as a QCD.

For many years, the required minimum distributions from an IRA and certain other retirement plans had to begin when the account owner attained age 70½, but the SECURE Act, enacted in 2019 raised that age to 72. The omnibus bill has further raised that age to 73 for those who attain age 72 between January 1, 2023, and December 31, 2032, and to 75 for those who reach age 74 after December 31, 2032. The minimum age at which you can make a QCD from your IRA to a charity remains at 70½. 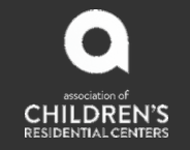 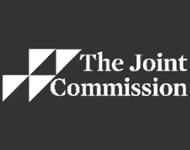 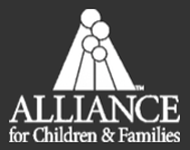